U.S. Customs and Border Protection (CBP) said on Wednesday it had helped advance a five-year-old sexual assault case by locating the suspected fugitive.

Fidel Ortiz Serna, a Mexican national who lived in Louisiana under lawful permanent resident status, also known as a green card, was prevented from crossing a pedestrian path from Mexico to Texas on Monday.

OF MIGRANTS ATTEMPTING TO RIO GRANDE BY MOVING TO THE UNITED STATES HANGED BY MEXICAN MARINES, VIDEO

Ortiz Serna crossed the Hidalgo International Bridge before being stopped by CBP for a routine check.

An initial computer scan identified him as a potential suspect linked to sexual assault charges filed in Louisiana in 2016.

“Our agents detected this wanted fugitive for sexual assault who had been on the run for several years,” Hidalgo port manager Carlos Rodriguez said in a statement. “This capture can hopefully put an end to this case and to those affected by the alleged actions.”

It is not known how long Ortiz Serna remained in Mexico after the arrest warrant was issued, or if he had been outside the country when charges were first laid.

Ortiz Serna has been charged with one count of carnal knowledge of a minor related to an alleged 2007 incident in Chalmette, Louisiana, involving a 15-year-old victim.

The Mexican national was arrested by CBP before being turned over to local authorities and transported to Hidalgo County jail “where he will await extradition proceedings.” 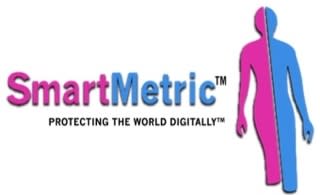