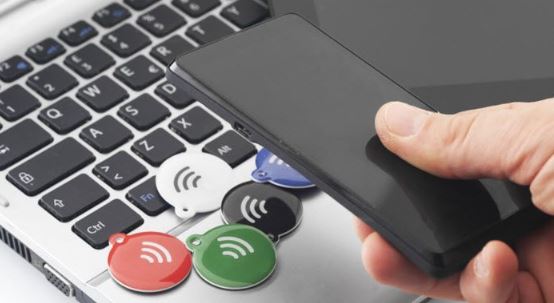 This is a sharp increase in downstream value addition for the Batu Hijau open-pit copper-gold mine operated by sister company PT Amman Mineral Nusa Tenggara, the second-largest copper-gold mine in Indonesia behind Grasberg of PT Freeport Indonesia. This means that Indonesia will soon have three copper smelters – PT Gresik Foundry, which has been operating as the only foundry in the country since 1996, as well as the new PTFI and AMMAN foundries currently under development.

The contracts were signed between AMIN and China Non-Ferrous Metal Industry’s Foreign Engineering and Construction Co Ltd (NFC) as well as PT Pengembangan Industri Logam (PT PIL) in a virtual ceremony on Friday, December 10, 2021. The signing ceremony took place was assisted by the Governor of West Nusa Tenggara Province and the Regent of West Sumbawa Regency. AMMIN CEO Rachmat Makkasau signed the two contracts at AMMAN headquarters in Jakarta. In his speech, Makkasau said that these contracts reiterate AMMAN’s commitment to build the copper smelter and PMR projects in accordance with government regulations.

“I would like to thank all the parties who were very patient and persistent in reaching an amicable technical, commercial and financial agreement to produce these contracts, despite the immense challenges of the COVID-19 pandemic. This contract will soon be followed by the mobilization of all contractors, project management companies, including labor, equipment and supplies. We have identified some project challenges that we may encounter and prepared mitigation plans. To execute this megaproject, we need the support of all stakeholders, including government at local and national levels, business partners and surrounding communities, ”he said.

NFC will be the prime contractor providing materials and equipment for the 0.9 Mt / y copper smelter and PMR facilities. The project’s patented technology and equipment will be purchased by NFC from leading original equipment manufacturers around the world, such as NERIN & Yanggu of China for fusion and conversion technologies, MECS of the United States for sulfuric acid and gas cleaning plants, Kumera & Metso-Outotec of Finland for anode furnaces and casting wheels, while Glencore Technology of Australia was responsible for providing the design and technology of a copper electro-refinery.

NFC CEO Qin Junman expressed his appreciation for the trust placed by AMMAN. “As one of the world’s leading entrepreneurs, NFC has successfully completed many projects including copper smelters with the latest technology. We are confident that we will make this project a world class project with the help and support of the government, AMMAN and our partners. During the COVID-19 pandemic, the project will be very difficult. However, we want to make sure that all the necessary resources are available for a smooth, successful and on-time project implementation. “

During this time, PT PIL will be the contractor responsible for a range of work, from design, engineering, fabrication and installation of the structure, to civil construction, commissioning service, start-up and finally the design capacity of the plant, as part of the acceptance of the project. Deadline on a turnkey lump sum basis.

Meanwhile, the Governor of West Nusa Tenggara (NTB) Province, Dr Zulkieflimansyah, expressed his appreciation for the progress AMMAN has made. “Last September, I visited the Batu Hijau site with the Ministry of Energy and Mineral Resources. We have seen that AMMAN is fully committed to the construction of the foundry. The NTB government will give its full support in ensuring the ease of doing business. I would like to encourage all parties to share the same spirit, including understanding that this project can have significant economic impacts for the economy and local communities.

Meanwhile, West Sumbawa Regent Dr Musyafirin also appreciated the progress and development AMMAN has made for its foundry and PMR projects so far. “AMMAN has always demonstrated its commitment to complete copper smelting and PMR projects, in line with the government’s major program to develop the downstream industry, especially from the copper sector. To support the realization of this plan, the government of West Sumbawa Regency will work with various stakeholders to support the on-time completion of AMMAN projects, including through licensing or other regulatory support. We will also coordinate closely with local communities and the central government. The signing of these contracts provides clear proof and certainty on the progress of the AMMAN foundry project.

“I would like to reiterate that we will continue to make our sincere efforts to contribute to the prosperity of the nation. We truly appreciate the support of all parties including Ministry of Energy and Mineral Resources, Ministry of Industry, West Nusa Tenggara Province Government, West Sumbawa Regency Government, for their support and guidance throughout the process. We hope that we will continue to gain government support, especially with regard to permits and licenses which can facilitate not only foundry projects, but also our business operations in general, as they are highly interdependent ”, concluded Makkasau.